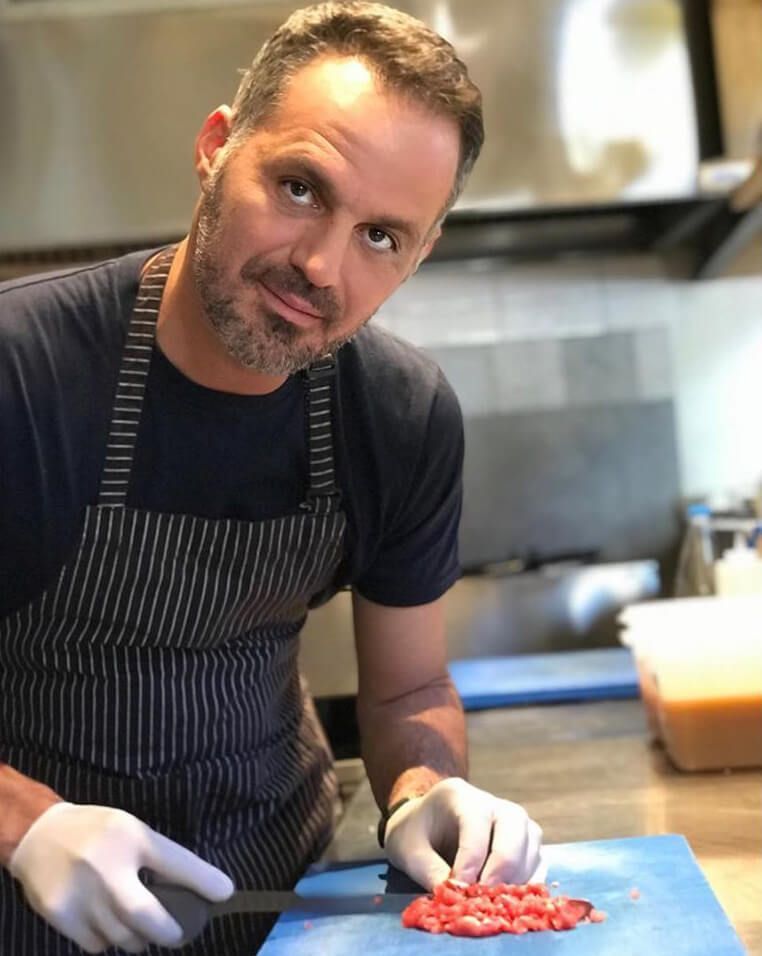 Born in 1976 in Piraeus, the largest port city of Greece, Giorgos Papaioannou considers the sea as his main source of inspiration since his childhood.

Driven by his desire to go deeper into the tastes and aromas of the Sea Cuisine's classic simplicity, Papaioannou delivers true culinary indulgence using the freshest fish and seafood sourced from hidden corners and forgotten villages of Greece.

His commitment to the highest quality ingredients made his first flagship restaurant a top destination for fresh fish and seafood in Athens. Giorgos learned the secrets of Sea Cuisine from his father back in the early 90’s, when their family-owned fish restaurant was initially located in the backstreets of Mikrolimano. In spring 2013, it moved to the seafront on Akti Koumoundourou to elevate the dining experience of its guests with the backdrop of Mikrolimano marina, a traditional fishing port of simple, effortless charm. The success of the iconic PAPAIOANNOU restaurant is sealed with various distinctions like the FNL Best Restaurant Award and many more accolades. In spring 2021, PAPAIOANNOU restaurant launches a second location in Kefalari, Kifissia, an exclusive suburb in northern Athens boasting a long tradition of hospitality since the 1920s.

With the intention to further share his core values, Papaioannou continues his culinary journey with the BARBOUNAKI BY PAPAIOANNOU concept by opening the first restaurant in Glyfada, Athens, in 2013. Since then the BARBOUNAKI collection has grown to include various outlets in Greece with the prospect of its development internationally.

His vision to introduce the treasures of Greek nature to international travellers is expressed through the ARMYRA BY PAPAIOANNOU restaurant brand operating in five-star hotels and resorts in Greece and abroad: the first one at COSTA NAVARINO - THE ROMANOS, A LUXURY COLLECTION RESORT in the Peloponnese, Greece, since 2015 and the second one at AMARA - A FIVE STAR LUXURY HOTEL in Limassol, Cyprus, since 2019.

Giorgos’s restaurants demonstrate a great commitment to quality ingredients by building strong relationships with fishermen and farmers around Greece. Today, in collaboration with Restaurateur Dimos Stasinopoulos, all concepts are developed through OKYALOS GROUP OF RESTAURANTS, an independent Restaurant Group they have created together, with the addition of the OUZERI BY PAPAIOANNOU brand in summer 2020.

After many years of dedication to authenticity, Papaioannou's name is strongly correlated with quintessential seafood, where simplicity meets the finest handpicked seasonal produce, the warmth of the Mediterranean hospitality and the exquisite flavours and aromas of Greece.